The integration of all yogas in a unique discipline

The Indian philosopher, poet, organizer of the national liberation movement of India, Sri Aurobindo proposed a completely new approach to convert human consciousness into divine, combining all types of yoga in a complete system, calling it integral Yoga. This type of yoga helps a person to completely change his consciousness, transform the body and make his life divine in the material world.

Sri Aurobindo argued that an integrated approach can transform material energy into spiritual energy, which leads to transformations of the body and consciousness. According to Sri Aurobind, a person begins to see in everything that surrounds him and in all living beings the manifestation of God Krishna. 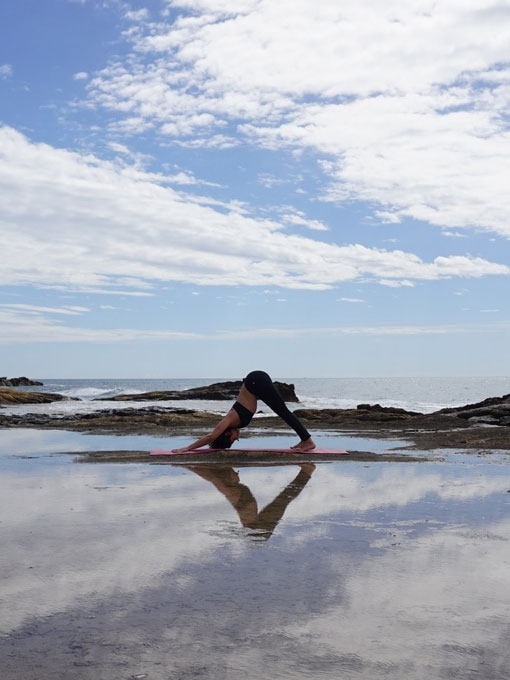 What is integral yoga?

This style incorporates the essence and many processes of traditional trends. The main distinguishing feature of integral yoga is the new objectives and methods. According to the philosophy of Aurobindo, the main meaning of life is the appeal to the divine, its manifestation and the transformation of its mind. In integral yoga there are no cleaning and opening processes of the chakras. There is no lifting of the Kundalini by a fixed process. Here the chakras open under the influence of a descending Force.
Integral yoga provides an opportunity not only to deal effectively with stress, but also teaches you to resist life’s problems and difficulties and overcome difficult situations more resiliently. Thanks to meditation, which is an integral component of integral philosophy, practitioners develop a high degree of adaptability to adverse conditions.

Most human diseases are psychosomatic in nature. Diseases arise due to constant psycho-emotional stress. Staying constantly in an unstable emotional state causes a decrease in the body’s defenses, the development of pathological changes in the structure of functional systems.

For the emotional component, yoga is useful as follows:

On a physiological level the regular practice of integral Yoga affects the following way:

The founder of this system was born in Calcutta on August 15, 1872. He was educated at St. Paul’s School and Kings College at the University of Cambridge. At the age of twenty-one, in Baroda he became the personal assistant of Maharaja, a professor at the local university. He also worked in several government departments. Here he learned Sanskrit and wrote a lot of poems. In 1905, he resigned and returned to his homeland. There he became editor of the Bante Mataram newspaper. This influenced him significantly in the preparations for the revolution, in which Aurobindo took a leading position. In this same period, he became interested in yoga. Five years later, he stopped participating in the revolution and moved to Pondicherry to devote himself to meditation and inner cultivation. Here he composed his own system of spiritual development which he called integral yoga. In 1926, Aurobindo, together with Mirra Alfassa, established an ashram.

The method of Integral Yoga

According to the teachings of Sri Aurobindo, integral yoga consists of two fundamental methods that are inextricably linked. They are divided into the following types:

The extroverted method consists of getting to know the outside world, personal relationships with the people around us, finding a solution to the problems that arise in daily life. Such an extroverted view of the world makes it possible to evaluate the direction of personal growth within the framework of social space.

The introverted method of integral yoga is a set of teachings that speaks of the need for an internal orientation in the study of the “I” and personal characteristics. A person who uses this method of self-knowledge studies his or her personality deeply and, as a result, can achieve an important depth in integral spiritual development.

In the context of yoga, these methods will not help to exist separately, because each individual must know the whole spectrum of the external and internal world. In those situations where a person becomes obsessed with any method, the process of spiritual growth stops, the phase of suspended animation begins, both for the soul and the body.

What is the philosophy of Integral Yoga?

The philosophy of integral yoga shows the unity of spirit and matter, without denying the existence of both, but at the same time it is free from dualism. It explains the gradual process of transformation of the world, the place of man in this process and his purpose.

According to the philosophy of Integral Yoga, the human form of life, overcoming the action of the material world, must go beyond its ignorance and reach a state of Supermental existence. In fact, the ultimate goal of Integral Yoga is considered to be the attainment of human divine life on Earth. That is, the spiritual world, according to Sri Aurobindo, is in the material world and only our material consciousness separates us from it. Integral yoga is designed to help a person overcome this separation without turning away from the material physical life.

Is integral yoga a spiritual practice or is it religious?

Integral yoga, as a philosophical trend, differs from other practices in that there is a persistent religious component in its structure.

In other yogic disciplines it is common for the doctrine to include recourse to a deity or divinity, communication with the Almighty and opening one’s soul to a higher mind. For example, a common practice is sadhana. Translated from Sanskrit, this word literally means a spiritual rule. Sadhana is a certain algorithm of behavior during the lesson, which allows you to open your world to communicate with the divine world.